UPDATE 1/6/21 – Now that the GOP had the Senate stolen right out from under their noses, after being fully warned, they no longer have a choice but to join with President Trump in fighting these stolen elections.

[NOTE: Above video was removed. So I replaced it with a Fight for Trump video.]

UPDATE 1/2/20 – COURAGE IS CONTAGIOUS! Senator Josh Hawley made the first crack in the Senate. Now the flood opens wide with a dozen Senators as Senator Ted Cruz leads a large group of US Senators to join with the growing deluge of US Representatives led by Mo Brooks who found their courage to stand to defend our Constitutional Republic and the sanctity of our vote. It is every honest legislator’s duty to object to the allegedly fraudulent electoral votes from the contested states where rampant, systemic fraud is alleged. We can not let any allegedly stolen election stand. If we lose our right to vote without being defrauded, we lose our right to self governance and are no longer a Constitutional Republic but will devolve into a corrupt oligarchy.

“The only thing necessary for the triumph of evil is for good men to do nothing.”

THE CRACKING DAM THAT WAS HOLDING BACK THE FLOOD IS NOW BREAKING!

Let the flood of patriotism wash away the metastasizing fraud!

“Congress should immediately appoint an Electoral Commission, with full investigatory and fact-finding authority, to conduct an emergency 10-day audit of the election returns in the disputed states. Once completed, individual states would evaluate the Commission’s findings and could convene a special legislative session to certify a change in their vote, if needed.

“Accordingly, we intend to vote on January 6 to reject the electors from disputed states as not ‘regularly given’ and ‘lawfully certified’ (the statutory requisite), unless and until that emergency 10-day audit is completed.”

BREAKING NEWS: Sen. Ted Cruz will lead a large group of Republican senators to oppose the electoral college results. This is significant, folks. And it’s a separate group from Sen. Josh Hawley.

I cannot in good conscience turn a blind eye to the countless allegations of voter fraud in the 2020 presidential election. On January 6, I will vote in favor of objecting to the certification of the electoral college results.

I’m trying hard to remember all the outrage & cries of ‘treason!’ & riots & protests & caterwauling & gnashing of teeth, dogs & cats living together & *MASS HYSTERIA* when Democrats objected to Electoral College votes for Presidents in 2000, 2004 & 2016.

Sole power of the Presidency “Preserve, Protect & Defend the Constitution of the United States.”
-A pledge of fidelity
-A deep sense of duty
-Done in the presence of God & man to faithfully execute @realDonaldTrump ‘s responsibility to country.

In the above video General Flynn discusses the stolen election with Pete Santilli from Jan 1st.

In the above video General Flynn discusses the stolen election with Alex Jones.

WASHINGTON DC 12/31/20 – As the overwhelming evidence of alleged voter and election fraud continues to mount in key contested states, a growing group of patriot legislators are standing to object to the stolen election when the Electoral College is certified in Congress on January 6th. If at least one US Representative and one US Senator object to the electoral votes in any state it triggers a 2 hour debate on the objection in both the House and Senate. This is for each objected state, and there are up to seven contested states, where mountains of evidence of rampant and alleged systemic voter and election fraud has been made public.

Initially there were a handful of US Representative patriots who had pledged to stand and object, beginning with US Representative Mo Brooks from the great state of Alabama. While there were a number of US Senators who had suggested they may object none had officially committed to do so until yesterday. While the latest devastating election fraud hearing was taking place in the Georgia Senate Subcommittee on Elections the first US Senator formally announced that he would indeed object. Senator Josh Hawley, from the great state of Missouri, became the first US Senator patriot with the courage to take a stand against this great injustice of a stolen presidency.

Courage is contagious. Once Senator Hawley took a stand, many more patriots found their courage and began to join the stand to defend the American Republic’s right to vote without having our elections stolen by fraud. There are now reportedly over 140 patriots ready to object and the growth of the movement is rapidly accelerating.

“The only thing necessary for the triumph of evil is for good men to do nothing.”

Regardless of what the Fake News bleats, when all legal votes are counted and illegal votes are rejected President Donald J. Trump wins in a LANDSLIDE!

Trump’s team is aiming to “present evidence during a potential congressional debate on Jan. 6 if lawmakers in the House & Senate object to states’ Electoral College votes.”

This evidence is being described as ‘specific.’ Fasten your seatbelts, America!

The 2020 election fight just got real.

These are only named Congress members. There are dozens more who will be added.

BREAKING: Alabama Senator-Elect Tommy Tuberville now stated that he will be challenging the election results in the Senate on January 6th, joining in with the House members.

With this news, the election will officially be contested in the House & Senate.#ThisElectionIsNotOver

The irony of the gate number isn’t lost on me. You?

What if They Fail to Stop the Steal on January 6th? That’s NOT the Final Deadline for Justice

All eye’s of the politically interested people in this nation are looking to January 6th. That’s the day when a joint session of Congress will count the electoral votes. Much emotional capital has been put into this date by patriots who (rightly) believe the election was too fraudulent to allow to stand unchallenged, but it’s not really the drop-dead date for correcting this.

The real conclusion to the election happens on January 20th, a day set by the Constitution through the 20th Amendment. On that day, a sitting president’s term officially ends. So what happens on January 6th? What if Congress and Vice President Mike Pence, acting as President of the Senate and presiding officer of the joint session, do not correct the election? Is it over? No.

– Read the full story at NOQReport 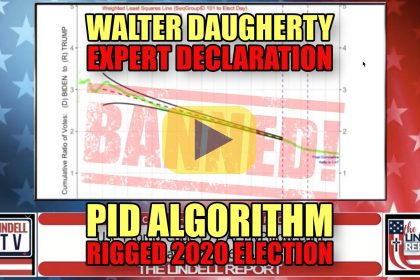 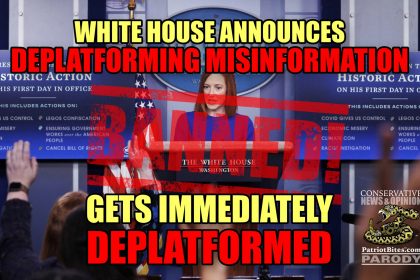 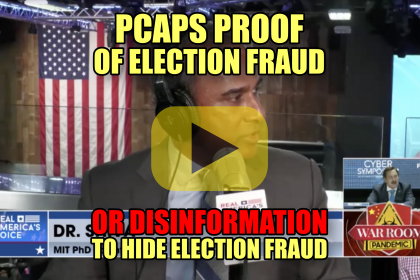