It’s time to stop the insanity! What happened to Mr. George Floyd was atrocious [though the recently leaked full body camera video shows the entire incident in a WHOLE new light]. Those responsible are being investigated and tried as they should. There are bad cops, just like there are bad members of any organization. But that certainly does NOT mean ALL police are bad or that they should be defunded. That’s insanity. The thin blue line is all that stands between calm and chaos and that’s becoming more evident as this insanity grows. Now that left-wing mayors and governors have told their police to stand down in the face of marauding marxist mobs, their cities are being pillaged, looted and burned. By defunding their police departments they are only unleashing growing chaos on their citizens. It’s time for the silent majority to speak up to DEFEND the police and stop this insanity before the lawless chaos gets worse and spreads much further.

The Thin Blue Line Between Calm and Chaos

These are NOT “mostly peaceful protests” these are riots plain and simple.

Blue Lives Matter too! Since left-wing mayors and governors have tolerated and even celebrated these senseless “mostly peaceful protests” that in fact have devolved into outright riots, at least a dozen innocent police officers have been shot including: David Dorn, David Patrick Underwood, Damon Gutzwiller, Shay Mikalonis, Jason Scott And Rashad Martin, Four Unnamed St. Louis Police Officers and Two Unnamed New York Cops. Many more have been injured and many more will be killed and injured if this violence is allowed to continue.

At least twelve police officers have been shot in the line of duty as riots and protests raged throughout the country following the death of George Floyd.

News of Floyd’s death has prompted many to peacefully protest police brutality and violence, but spurred others to commit acts of looting, rioting and violence against police officers themselves.

Others, like Las Vegas Metropolitan Police Officer Shay Mikalonis, may be forced to reckon with injuries received during the riots for the rest of their lives.

What the left-wing mayors, governors and media have called “mostly peaceful protests” is more accurately described as an anarchist marxist war of insurrection against America and those who defend her.

The Left has gone to war against America. Their organizations, backed by money from the Ford Foundation, Hollywood celebrities, and even the Biden campaign, have terrorized cities, destroyed countless small businesses, and inflicted a wartime toll on the police officers on the front line.

The Black Lives Matter/Antifa war is being waged to destroy the men and women who hold the line.

Police officers across the country have been hit with bricks. Some were run over. A skull was fractured in Los Angeles, bones were broken in Boston, and a police officer in Madison got glass in his eye. In New York City, rioters laughed and taunted an injured female NYPD officer. Rocks, bricks, Molotov cocktails, fireworks, and bullets are part of the arsenal of the racist leftist mobs backed by the Democrat Party.

The stories reveal the fallout from a national war by radicals and racists on America.

DEFEND THE POLICE – POLICE DEFEND YOU!

Someone from the silent majority pushed back against the anarchist and marxist BLM efforts to defund the police by changing the illegal ‘DEFUND THE POLICE’ graffiti in front of Milwaukee City hall to read ‘DEFEND THE POLICE.’

Protestors have altered a ‘Defund the Police’ mural outside of Milwaukee City Hall by painting over one letter, turning the slogan into ‘DEFEND the Police.’  …

It was painted over by an anonymous group in an effort to show support for law enforcement. It was changed to spell out “Defend the Police” with the “D” painted blue, the first “E” covered, and the “U” changed to an “E”.

Back the Blue: Hundreds rally in Virginia Beach in support of police officers

The silent majority is starting to push back against these insane attempts to defund police across the country. They are speaking out and organizing counter-rallies to DEFEND the police rather than defunding them.

Ibraheem, 32, was among about 450 people who showed up at a “Back the Blue” event Saturday afternoon.

“We’re here to show our support,” she said, with her two children, ages 6 and 7, in tow. “They need it. They need our voice. We pray for them every day.”

The crowd turned out at the Virginia Beach Police Department headquarters on Princess Anne Road to back officers facing increased criticism and heightened scrutiny in the wake of the killing of George Floyd and others across a divided nation.

Though some have made calls to “defund the police,” this crowd wasn’t having it.

“Defend the Police,” one placard said. “In Our Police We Trust,” said another. “America is With You,” said a third.

“Lord knows what this world would be like without them,” Steve Wildey, 68, of Kempsville, told the crowd. “These people are very much needed, and these leftist people that want to defund the police, lock them up.”

The crowd cheered, as they did when a plane flew overhead carrying a sign: “We Love the Virginia Beach Police.”

When Police Major Travis Yates had the temerity to speak out about the police everywhere being falsely tarred and feathered as instituting systemic racism and police brutality, he was immediately attacked by the media. Since they couldn’t counter the actual statistics that disproved their reigning media narrative, they instead attempted to tar and feather the messenger, as they are wont to do.

“And then we start bringing up the actual facts and figures, as you have on the program about police incidents where minorities are shot by the police versus whites shot by the police, the facts—the stats—don’t line up with the narrative that CNN and the others want us to believe.” …

Travis explained that according to the Washington Post Police Shooting Database, which lists all the “unarmed” suspects shot by police, African-Americans are shot at a lower rate (2%), than whites (3%). This flatly challenges the myth of systematic racism.

How Can You Help Defend the Police Against Defunding?

Act for America is a grassroots organization with over a million members dedicated to defending America’s national security. One key to such security is defending our police. They have an online form that citizens may use to send an email to your local elected officials to let them know you want them to DEFEND the police and oppose any crazy efforts to defund the police.

What happened to George Floyd is horrible and should have never happened. The 4 police officers on the scene should be brought to justice and punished accordingly to the law — no exceptions.

However, the recent calls from the left to DEFUND the police would throw our country into chaos!

We should absolutely be looking at policies that can be enacted to prevent any form of police brutality against anyone, but defunding the people who are the first and last line of defense is not the solution.

The radical Left is turning our communities and cities into smoke, ashes and rubble. We need law and order now more than ever and our police need the support of the American people to keep our communities safe.

To send an email to your local elected officials, letting them know you DO NOT support defunding the police, fill out the required fields and click continue. 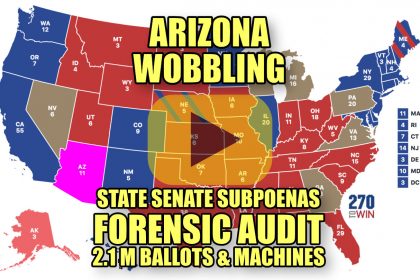