SCOTTSDALE, AZ 6/27/22 — In the above BLOCKBUSTER 2+ hour video, Jovan Pulitzer presents the initial results of his PKAD Paper Ballot Forensic Analysis Report, from the Maricopa County, Arizona 2020 General Election. Jovan’s detailed analysis of the Maricopa County, AZ 2020 General Election revealed that Donald J. Trump really won by 59% to 41% with 10,943 counterfeit ballots inserted into the election to force a predetermined outcome by machine algorithms, and MUCH MUCH MORE!

THE ELECTION WAS #RIGGED! #TrumpWON!

The presentation was so explosive in fact that apparently someone may have triggered a fire alarm to stop the discussion and force an evacuation of the presentation room. The corrupt Left will use any means necessary to suppress this evidence of the stolen election exposing that America is now saddled with an election coup installed Illegitimate Regime.

“The 2020 general election in Maricopa was not certifiable in any manner. There was gross maladministration of the most egregious neglectful manner. Not one single aspect of the election could be verified to have been operated according to the exact election rules, standards and compliance procedures. There were hundreds of thousands of 14th Amendment violations and civil rights violations. There were hundreds of thousands of illegal votes. And at no time was the final outcome as reported repeatedly in the media or by Maricopa County officials themselves in 2020 ever real, truthful, provable, transparent and most of all certifiable. There is sufficient and irrefutable evidence of pervasive voter fraud and widespread, systemic election fraud in Maricopa County, Arizona.

This is our cyber report which discovered there is a predetermined algorithm running on the machines in Maricopa. Approximately 406,972 individual ballots were cast of a predetermined nature and inserted into the 2020 general election in Maricopa County, Arizona.

Approximately 406,972 ballots which were cast in Maricopa County were of a predetermined origin in order to forcefully manage the outcome of the 2020 General Election. These predetermined ballots were not cast in a manner which is both required and determined by law, one voter, one ballot, one vote representation. These predetermined ballots have been verified in a manner which is based upon the use of digital forensics, forensic mathematics, forensic accounting and rhythm analysis further combined with the aid of computer vision, machine learning and artificial intelligence.

This investigation, after millions of tests, confirmed and revealed the following specifics:

• 38% of the mail-in ballots cast for Joe Biden were found to be of a predetermined nature.

• 33% of the election day ballots cast for Donald J Trump were found to be of a predetermined nature.

• 59% of the votes, when adjusted by removing the predetermined outcome and revealing the true vote, is found to have been the votes cast for Donald J. Trump.

• 41% of the votes, when adjusted by removing the predetermined outcome and revealing the true vote, is found to have been cast for Joe Biden.

• A deeper forensic analysis revealed that 91.62% of the predetermined ballots were cast in the favor of Joe Biden.

A predetermined ballot is a ballot that has been decided by a mathematical algorithm and inserted, and leads to having to make the paper ballots be created to match the electronic outcome. The use of predetermined algorithms to determine the outcome of the election was used widespread across all Maricopa County, Arizona voting precincts.”

“10,943 Ballots used in the Maricopa County 2020 General Election were determined to be counterfeit in nature.” 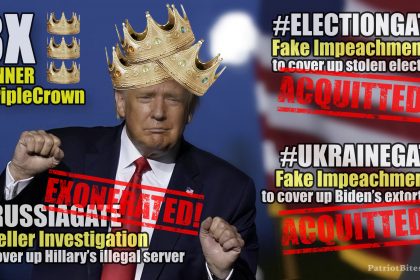 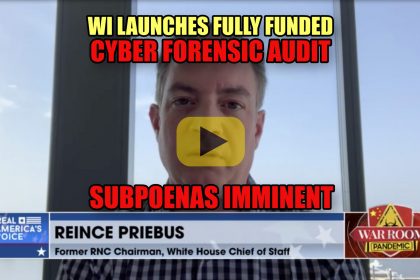