2/7/21 – Despite the leftists attempts to brand any discussion of the stolen election as a “conspiracy theory,” TIME magazine just published an article that inadvertently outlines exactly how a leftwing cabal did indeed set the stage to steal the 2020 presidential election – The Secret History of the Shadow Campaign That Saved [RIGGED] the 2020 Election. Of course, because the result of this blatant manipulation put their regime in power, they say that this cabal “saved” the election, when in fact, it rigged and stole the election from the American People.

In the above video Steve Bannon discusses with Raheem Kassam his recent interview with Mark Levin about the TIME magazine article that spilled the beans on the left-wing cabal and vast conspiracy that rigged the election. Raheem’s National Pulse had previously written about some of what TIME magazine now has confirmed.

[NOTE: The above image is a political parody of TIME’s Person of the Year cover.]

Beneath the thickly heaped propaganda facade of the article, in which they try to paint their subversion of democracy as “saving” democracy, the boasts to claim credit actually reveal how the vast leftwing conspiracy rigged the election in what would become the third and final coup attempt against President Trump.

There was a conspiracy unfolding behind the scenes, one that both curtailed the protests and coordinated the resistance from CEOs. Both surprises were the result of an informal alliance between left-wing activists and business titans. The pact was formalized in a terse, little-noticed joint statement of the U.S. Chamber of Commerce and AFL-CIO published on Election Day. Both sides would come to see it as a sort of implicit bargain–inspired by the summer’s massive, sometimes destructive racial-justice protests–in which the forces of labor came together with the forces of capital…

Raheem Kassam at the National Pulse cuts through the leftist propaganda in the article like a blowtorch through ice cream. He exposes the deep hypocrisy of the vast leftwing conspiracy cabal that they have inadvertently revealed themselves.

Time Magazine is scarcely a right-wing website, and the article goes to lengths to make excuses on behalf of the “shadow” campaign, they claim: “The scenario the shadow campaigners were desperate to stop was not a Trump victory. It was an election so calamitous that no result could be discerned at all…”

But the piece concedes “much of this activity took place on the left.”

By the eighth paragraph, Ball quotes Norm Eisen, who in early September 2020 the Revolver.news website described as the “Legal hatchet man and central operative in the “color revolution” against President Trump.”

And TIME is so delusional with their leftwing propaganda that they call rigging an election, “fortifying” it. LOL!

That’s why the participants want the secret history of the 2020 election told, even though it sounds like a paranoid fever dream–a well-funded cabal of powerful people, ranging across industries and ideologies, working together behind the scenes to influence perceptions, change rules and laws, steer media coverage and control the flow of information. They were not rigging the election; they were fortifying it.

The result of this blatant manipulation is that we now have what many believe is an illegitimate regime with a #FakePresident in power that was not chosen by the American people in a free and fair election. While they call #TheBigLie the allegations of a rigged election, #TheBigLie is actually that Biden won the election. He did not. He stole the election. 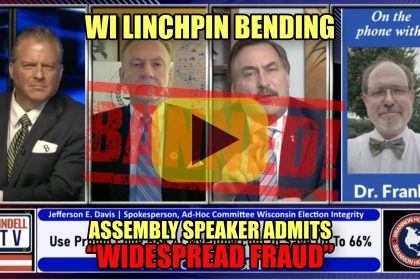 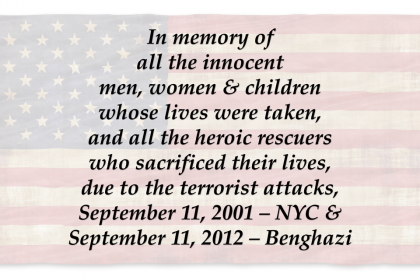