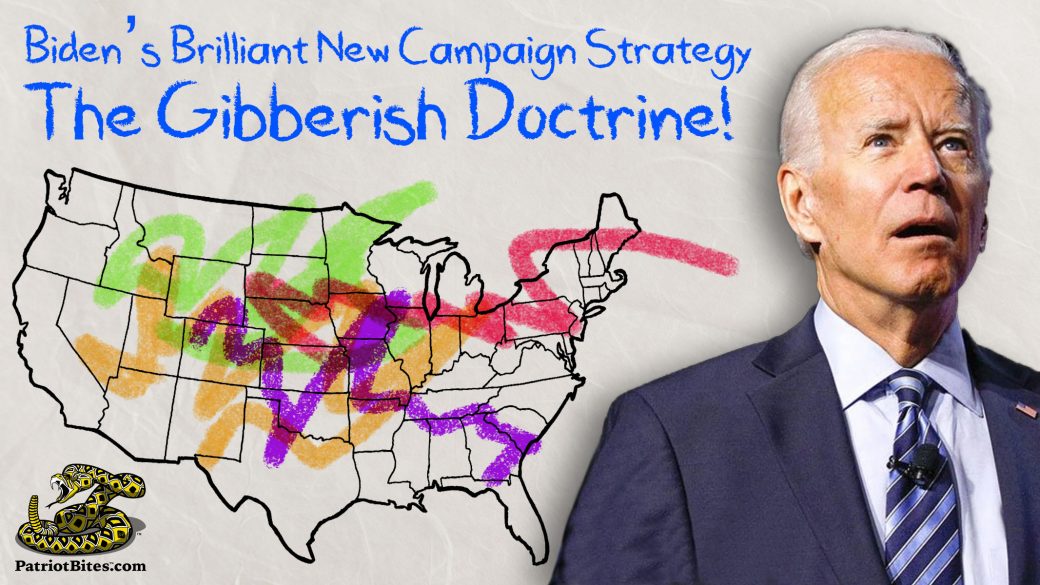 Biden’s Basement, Wilmington DE – While President Trump has been endlessly harping on his simplistic America First Doctrine, Joe Biden’s handlers have been busy constructing his building back better, bigger, bolder, brighter, brilliant strategy. Over the past few months his handlers have let VP Joe Biden give us little glimpses of this campaign strategy, and should he win the White House, what will become his governing strategy. What at first glance seemed like individual mental lapses, cognitive decline or just good ol’ Joe gaffes, have now finally been revealed as part of this secret overarching brilliant philosophy and strategy – The Gibberish Doctrine.

While Trump blusters and bullies his way through confrontations with America’s enemies, a President Biden would hopelessly confuse and confound America’s enemies by expertly and effortlessly applying his new unfathomable Gibberish Doctrine. When he’s done with them they won’t know which way is up, down, left or right. Once utterly and totally confused, his handlers will tell him what to do to them next.

Let’s take a look at a few early examples of VP Joe Biden applying his awesome new Gibberish Doctrine to see it in action. We can’t wait to see Biden wield the full power of The Gibberish Doctrine against poor President Trump in the Presidential Debates.

As President Trump has often said, COVID-19, or the China Virus, is an invisible enemy. While President Trump attempts to defeat this enemy with conventional methods like vaccines and treatments, Biden has a more ingenious strategy. He will instead simply confuse the virus with his incoherent babbling known as – The Gibberish Doctrine!

COVID has taken this year — just sint the outbreak — has taken — more than — one — hundred year. Look, here’s — the lives. It’s just — it’s ah — win ya think about it — more lives this year than any other year, for the past hundred years.

If you’re worried about China outpacing the US in the near future you have nothing to worry about if Joe Biden wins the presidency in a few months. His China strategy appears to be so deceptively brilliant that President Trump’s simple America First Doctrine pales in comparison! Joe Biden will so confuse China with his unfathomable Gibberish Doctrine, that they just won’t know what to do. Who can possibly argue with someone who doesn’t even know what he’s saying? It’s brilliant!

“The question is, what is the appropriate behavior that they have to engage in international rela-in-in-international trade with us and they have to play by the international rules and what we have done is we have disarmed ourselves. We make up 25% of the world’s economy but we poked our finger in the eye of all of our allies out there.

The way Trump, the way China will respond is when we gather the rest of the world that in fact in Beigin in in fee- in, in, in, in open trade and making sure that we’re in a position that the world uh that that we deal with WHO the right way, that then in fact that’s when things begin to change. That’s when China, y that’s when ah China’s behavior’s gonna change.”

To keep his opponent Donald Trump off his trail he uses a brilliant strategy of misdirection by not revealing where he is, not even to himself, using The Gibberish Doctrine.

Welcome to Kingswood Community Center… Actually, that’s the one down, I used to work. It was a… joke. Didn’t know where we were. Anyway. Ha ha ha. It’s ah, it’s great to be here and ah, back ah, in a place where ah, you know ah…

When it comes to undermining our founding principles, beginning with the Declaration of Independence, Joe Biden again deftly applies his brilliant Gibberish Doctrine. After all, if Americans don’t know what America’s founding principles are, how could they possibly defend them? Brilliant!

“America get back up on its feet and once again fight for the proposition that we hold these truths to be self evident. Sounds corny. Not a joke. Think about it. We hold these truths to be self levident, all men and women created, by the, go, you know, the, you know the thing. You know how we talk about it. We the people. Folks. Endowed by our creator. Certain inalienable rights. We’ve never lived up to that. We’ve never lived up to that. Thomas Jefferson who wrote the words never lived up to it. But we’ve never ever before walked away from it.

One way to keep one step ahead of President Trump in the campaign is to confuse him by thinking you are running for an office other than that which you are actually running for. Yet another masterful application of The Gibberish Doctrine.

“And I have a simple proposition here. I’m here to ask ya for your help. Where I come from ya don’t get far unless ya ask. My name’s Joe Biden, I’m a Democratic candidate for the United States Senate. Look me over if ya like wa ya see help out if not vote for the other Biden. Give me a look though OK? That’s all I really gotta say to ya.”

VP Joe Biden successfully obfuscates the climate change hoax by confusing everyone including himself throwing around millions, billions, gallons, dollars and tons in a masterful application of The Gibberish Doctrine.

“that we apply efficiency for appliances. That saves billions of gallons of gasoline I mean bi-billions of ah, 2 point, I think it’s 2.3 billion dollars worth of excuse me 500 billion dollars in savings and 2 point something billion metric tons of CO2 going in the air.

When you want to utterly confuse your opponent, simply tell everyone to go to a non-existent website, rather than texting a message to your campaign’s cell number. The Gibberish Doctrine in action!

“This is the United States of America. We’ve acted together we have never, never, never been unable to overcome whatever the problem was. If you agree with me, go to Joe, 3, 0, 3, 3, 0 and help me in this fight. Thank you very much.”

“We choose unity over division. We choose science over fiction. We choose TRUTH OVER FACTS! So folks, if you’re interested, join me. I could use the help. Because must, must, defeat this President to change the trajectory of this country.” 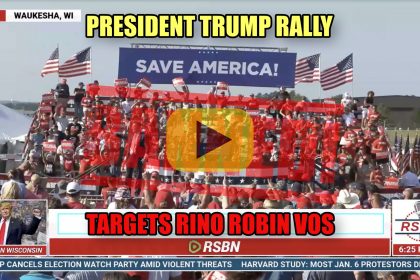 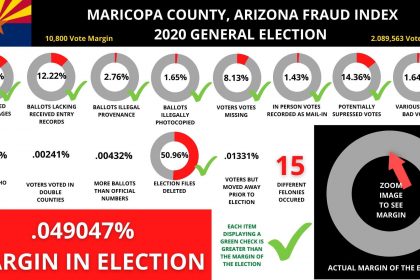