If you’ve been paying any attention to this race you’ve probably noticed three big changes recently.

Even though the Democrats and their Fake News minions like CNN try to hide the riots by calling them “Fiery But Mostly Peaceful Protests,” they’ve made laughing stocks of themselves. Anyone paying attention sees what’s really going on with the violence, riots, arson, looting, and shootings. The Democrat’s have created and unleashed these BLM/ANTIFA riots thinking that the racial unrest would help them win the election. But now they are seeing their internal polls cratering and they are panicking. They are about to learn that once you create and unleash such a Frankenstein monster, it often turns on and destroys its creator. The voter backlash against this Democrat created BLM/ANTIFA monster wreaking havoc across the country may also prove to be the turning point in this election that unleashes a landslide victory for the law-and-order President, Donald J. Trump!

In the latest monthly Democracy Institute (DI)/Sunday Express poll President Trump has 48 per cent of the popular support over the former vice president’s 45 per cent. In the key swing states the gap is even bigger, with 49 per cent for Trump to 42 per cent for Biden giving the President a seven-point lead. The DI polls have consistently shown more positive results for the President than other surveys. While most suggest a Democrat lead, the monthly DI polls have been more favourable to Trump.

Patrick Basham, director of the Democracy Institute, said: “In any political campaign, there’s a moment that tells you which way the electoral wind is blowing.

“That moment arrived on Wednesday. Joe Biden restated his support for peaceful protests but, crucially, condemned the violence that has come to dominate the monthslong nationwide protest movement. “When a candidate changes his tune three quarters of the way through a race, it is not because he knows he holds a winning hand.

“He does so because the electoral ground is shifting beneath his feet.”

According to the poll, law and order is the top political issue with 37 per cent putting it as the most important, followed by 27 per cent for the economy.

“OK folks, no joke, this is now a national poll suppression story,” tweeted the company.
“WHERE. ARE. THE. POLLS. ???”

A poll conducted by a less known firm also indicates that Trump now has a three-point lead in the national popular vote, and has forged ahead to a seven-point lead in key battleground states.
Are polling firms suppressing polls in an attempt to derail Trump’s momentum?

As we previously highlighted, support for Black Lives Matter (which Biden has advocated) in the key swing state of Wisconsin has plummeted from +25 approval to zero amidst the riots in Kenosha.

Anecdotal evidence also suggests that “lifelong Democrats” are now intent on voting for Trump due to the riots. 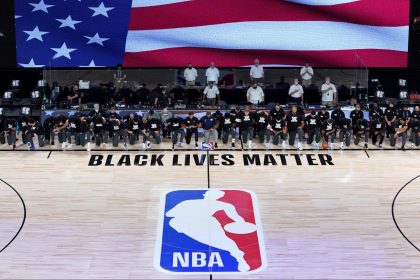 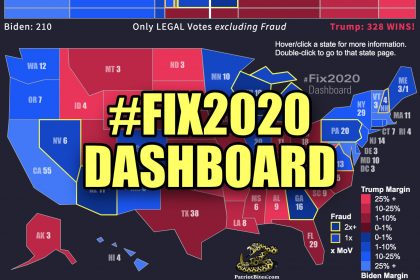