Joe Biden’s campaign is done, he just doesn’t realize it yet. President Trump brought a whistle-blower, one of Hunter Biden’s ex business partners, to the final Presidential debate. Tony Bobulinski directly refuted claims by Joe Biden that he never discussed Hunter’s business dealings with him. Tony alleged that he himself had an hour long meeting with BOTH Hunter and Joe Biden discussing setting up a corporation to route investments from China to the Biden family. He also agreed to turn over all his direct evidence including three smart phones, a trove of documents and other corroborating evidence. This is on top of all the previous corroboration from multiple sources! And Bannon and Giuliani have a LOT more yet to reveal.

Joe Biden has chosen to focus his campaign message on “character.” Well, the #BobulinskiBombshell just obliterated that! It will take some time for the damage to his imploding campaign to become fully evident. The first sign of the cracking dam will be when you see the first of the Fake News Media figure it out and start to report on this massive story of corruption, so that it doesn’t take them all down with it for trying to cover it up.

This could indeed be the end of the Biden Crime Family and swamp their presidential campaign. It could turn out to be the linchpin that sinks Biden in his own swamp, re-elects Donald Trump and finally allows Trump to drain that swamp! Biden better forget about moving into the White House and just hope he doesn’t end up in a small dark prison cell.

I served as a Lieutenant in the United States Navy with high security clearance.

My father and grandfather both served for decades in our country’s armed forces.
Since leaving the Navy, I’ve been involved in various successful businesses, both in this country and abroad. I’m making this statement to set the record straight about the involvement of the Biden family, Vice President Biden, his brother Jim Biden and his son, Hunter Biden, in dealings with the Chinese.

I have firsthand knowledge about this, because I directly dealt with the Biden family, including Joe Biden. I have also heard that Vice President Biden said on Tuesday that Senator Ron Johnson, the Chair of the Senate Homeland Security Committee should be “ashamed” for suggesting that the Biden family sought to profit from their name.

Well, here are the facts. I know – and everything I’m saying is corroborated by emails, WhatsApp chats, agreements, documents and other evidence – and the American people can judge for themselves.

I brought, I guess for record, three phones that spanned the years 2015 through 2018. These phones have never been held by anybody else besides myself.

I was told this past Sunday by somebody who was also involved in this matter that if I went public this information, “It would bury all of us, Man – the Bidens included.”

I have no wish to bury anyone. I’ve never been political. The few contributions I’ve made have been to Democrats. But what I am is a patriot and a veteran. To protect my family name and my business reputation, I need to ensure that the true facts are out there.

In late 2015, I was approached by James Gillier, whom I had known for many years, about joining him in a deal, which he said would involve the Chinese state-owned enterprise, CFC China energy and what he called one of the most prominent families in the United States.

I was informed, first by Gillier and then by Hunter Biden and by Rob Walker, who was working with the Bidens that the Bidens wanted to form a new entity with CFC, which was to invest in infrastructure, real estate and technology, in the US and around the world and the entity would initially be capitalized with $10 million and then grow to billions of dollars of investment capital.

After months of discussion, I agreed to Gillier and Hunter Biden’s request to become CEO of the entity to be called Sinohawk. “Sino” representing the Chinese side, “hawk”, representing Hunter Biden’s brother, Beau’s favorite animal. And between February, May 2017 we exchanged numerous emails, documents and WhatsApp messages concerning Sinohawk and its potential business.

On May 2, 2017, the night before Joe Biden was to appear at the Milken Conference , I was introduced to Joe Biden by Jim Biden and Hunter Biden. At my approximately hour-long meeting with Joe that night, we discussed the Biden’s history, the Biden’s family business plans with the Chinese, with which he was plainly familiar, at least at a high level.

After that meeting, I had numerous communications with Hunter, Walker, Gillier and Jim Biden regarding the allocation of the equity ownership of Sinohawk. On May 13, 2017, I received an email concerning allocation of equity, which says, “10 percent held by H for the Big Guy.”

In that email, there’s no question that “H” stands for Hunter, “Big Guy”, for his father, Joe Biden and “Jim” for Jim Biden. In fact. Hunter often referred to his father as the “Big Guy” or “my Chairman.” On numerous occasions, it was made clear to me that Joe Biden’s involvement was not to be mentioned in writing but only face to face. In fact, I was advised by Gillian Walker that Hunter and Jim Biden were paranoid about keeping Joe Biden’s involvement secret. I also had a disagreement with Hunter about the funds CFC was contributing to Sinohawk.

Hunter wanted $5 million of those funds to go to himself and his family, so he wanted the funds wired directly to an entity affiliated with him. I objected, because that was contrary to our written agreements concerning Sinohawk. He said, referring to the Chairman, his father, that CFC was really investing in the Biden family, that he held the Trump card and that he was the one putting his family legacy on the line.

He also said to me on May 17, 2017, that CFC wanted to be “my” partner, to be partnered with the Bidens. During these negotiations, I repeated to Hunter and others that Sinohawk could not be Hunter’s personal piggy bank and I demanded that proper corporate governance procedures be implemented for capital distributions.

Hunter became very upset with me. CFC, through through July 2017 was assuring me the funds would be transferred to Sinohawk but they were never sent to our company. Instead, I found out from Senator Johnson’s September report, that the $5 million was sent in August 2017 to entities affiliated with Hunter.

Tomorrow, I will be meeting with the Senate Committee members concerning this matter and I will be providing to the FBI the devices which contain the evidence corroborating what I have said, so I will not be taking any questions at this time. The evidence sits on these three phones. I don’t want to go into anything any further. This will all be discussed with Senator Johnson and his committee and the American People can decide what’s fact.

And Now the Deep State Dam Has Been Broken! 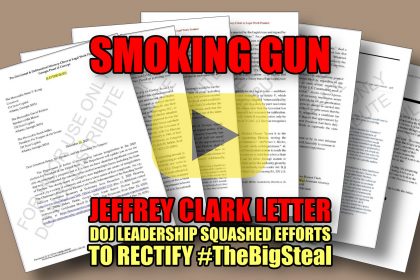 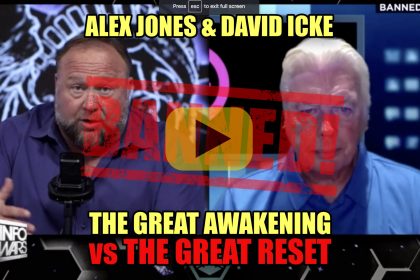