If the 2020 election was not fraudulent, then why would the left be so hell bent on stopping a full forensic audit? Well, they wouldn’t. If everything was above board, they would gladly welcome an audit, so they could rub Donald Trump’s nose in the results which would prove that Biden won the election fair and square. But they know that is clearly not true. They know that THAT is actually #TheBigLie. They know that President Trump won the election in a landslide and they are petrified that the truth will finally get out to the citizens. As it is a 51% majority of the voters already believe that the 2020 presidential election was affected by cheating according to Rasmussen. In the above OANN special report video, Pearson Sharp explains how fraudulent elections are often overturned. Fraud vitiates everything. When one falls, they all fall. The left knows that if their “win” falls in Arizona, it will be just the first domino of many.

In the above video Mark Finchem discusses the current Arizona audit fallout from the Arizona State Senate letter on Bannon’s War Room Ep. 948. They discuss the Maricopa County Board of Supervisors continuing obstruction, missing routers, missing ballots, deleted databases, etc. In the below video Bannon discusses the Dems going through the stages of grief over the Arizona audit and the raw terror in Rachel Maddow’s eyes when she states “They have the ballots!” Bannon’s War Room Ep. 957.

DEMOCRATS ARE GETTING VERY NERVOUS

In the above video James T Harris conducts an in-depth interview with audit director, Ken Bennett. Ken discusses what they are looking for in the audit and he explains the procedures on the audit floor.

President Trump Brands 2020 Presidential Election the CRIME OF THE CENTURY

“As our Country is being destroyed, both inside and out, the Presidential Election of 2020 will go down as THE CRIME OF THE CENTURY!”

“The entire Database of Maricopa County in Arizona has been DELETED! This is illegal and the Arizona State Senate, who is leading the Forensic Audit, is up in arms. Additionally, seals were broken on the boxes that hold the votes, ballots are missing, and worse. Mark Brnovich, the Attorney General of Arizona, will now be forced to look into this unbelievable Election crime. Many Radical Left Democrats and weak Republicans are very worried about the fact that this has been exposed. The DELETION of an entire Database and critical Election files of Maricopa County is unprecedented. Many other States to follow. The Mainstream Media and Radical Left Democrats want to stay as far away as possible from the Presidential Election Fraud, which should be one of the biggest stories of our time. Fox News is afraid to cover it—there is rarely a mention. Likewise, Newsmax has been virtually silent on this subject because they are intimidated by threats of lawsuits. One America News (OAN), one of the fastest growing networks on television, and the “hottest”, is doing a magnificent job of exposing the massive fraud that took place. The story is only getting bigger and at some point it will be impossible for the weak and/or corrupt media not to cover. Thank you to OAN and other brave American Patriots. It is all happening quickly!”

“Breaking News! New polling by CBS News on the state of the Republican Party (which is very strong!). “President Trump has a strong hold on the GOP.” 80% of Republicans agree with the removal of Liz Cheney from GOP Leadership and only 20% disagree. The poll also showed that 67% of Republicans said that they do not consider Sleepy Joe Biden to be the legitimate winner of the 2020 Presidential Election. I agree with them 100%, just look at the facts and the data—there is no way he won the 2020 Presidential Election!”

Nothing Can Stop the Truth Storm that is Building 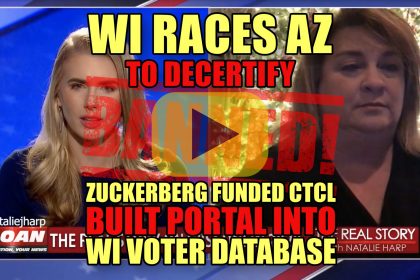 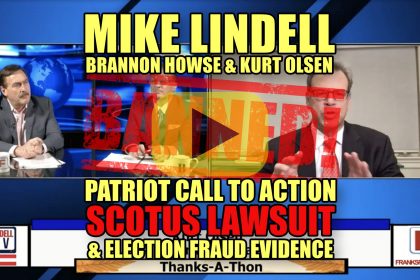 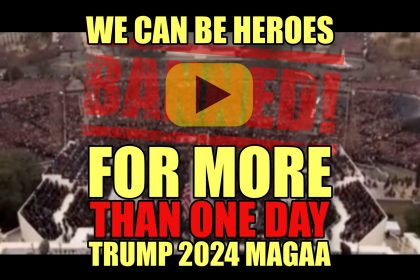